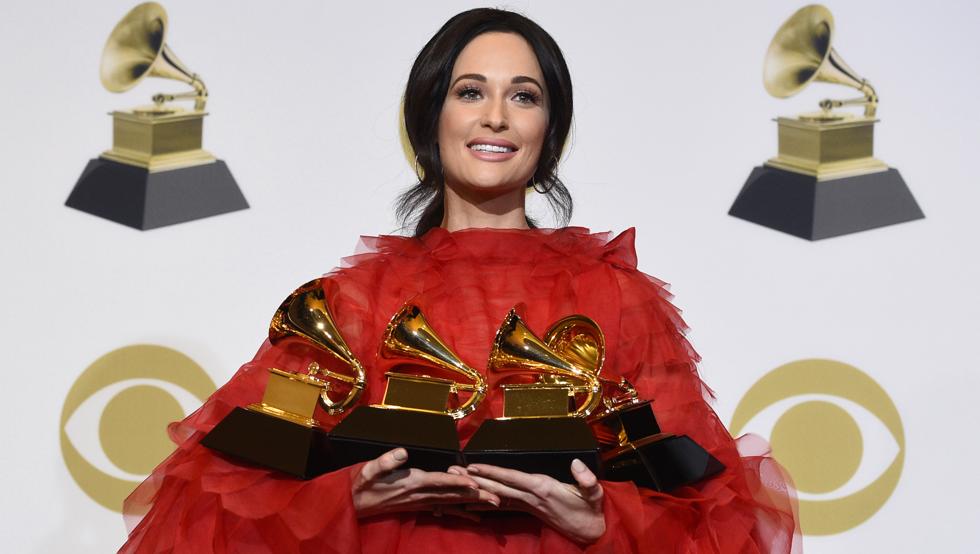 The last time a country artist had won in these same 4 categories was in 2010, when Taylor Swift was rewarded for her album “Fearless” and for the song “White horse“. Of course, the most outstanding fact is the Best album of the year award, all categories taken together, a category where Drake, Cardi B, Brandi Carlile or Kendrick Lamar (for “Black panther” movie’s soundtrack) were competing. If we consider the history of the Grammy Awards, only 4 country artists won this prestigious award, Glen Campbell in 1968 for “By the  time I get to Phoenix“, Dixie Chicks in 2006 for “Taking the long way” and Taylor swift in 2010 for “Fearless“.

Only 4 country artists won the “Best album of the year award” in the history… and 3 of them were female artists.

And this brings us to a very meaningful fact : only 4 country artists won the “Best album of the year” award in the history… and 3 of them were female artists. Another noticeable fact? The country/bluegrass artist with more awards in the history of the Grammy’s is another woman, Alison Krauss, with 27 awards.

Who said that country music is a male genre? Why country radios are not playing all those awesome country female artists who write and sing some of the most beautiful songs of our genre? How much time will we need to keep on waiting for that?

Those so deserved 4 Grammy awards are not the first ones for Kacey Musgraves. The singer from Golden, East Texas, had previously won the best country album award in 2014 for her debut major label album, “Same trailer different park” and the best country song award in the same year for “Merry go round” (also written with Shane McAnally and with Josh Osborne). With 6 Grammy awards, at only 30 years old, and with such a talent, the doors of the success are wide open for Kacey Musgraves.

A historical day for Kacey Musgraves, for country music, for Texas and for all the wowen who make us love our favorite genre thanks to their voice, their songwriting and their talent

Beyond the Grammys, she has also been awarded at the CMA Awards as female vocalist of the year in 2013 and 2016, for the song of the year in 2014 for “Follow your arrow” and lastly in November of 2018 for the album ot the year for “Golden Hour“, an album that will remain as a monument in the history of country music. At the ACM Awards, she had also been rewarded in 2014 for “Same Trailer Different Park“, as best album of the year.

Definitely, Sunday February 10th of 2019 was an amazing and historical day for Kacey Musgraves, for country music, for Texas and for all the women who make us love our favorite genre thanks to their voice, their songwriting and their talent.