RJ Chesney released his third studio album, “Amateur Revolution”, on April 5th. This new album is quite different from the two previous, particularly for the way it was produced.

In 2015, the LA singer, with roots in the South (Macon, Georgia and Biloxi, Mississippi), met Hans Peter Gundersen, a Norwegian artist and producer who was at that time in California. He sang his beautiful song, “Rest now“, from his first album “Prayers of a Wayward Son“, in front of him. After that first meeting, the Norwegian artist, who was brought to tears by that song, decided to begin a collaboration with RJ Chesney, and “Amateur Revolution” is the result of this successful collaboration.

Indeed, this album was coproduced by RJ Chesney’s collaborator and producer Jason Hiller and HP Gundersen and it was recorded in both “Applecake Studios” in LA and in Electosound studio in Bergen, Norway. Musicians are also from both USA and Norway. 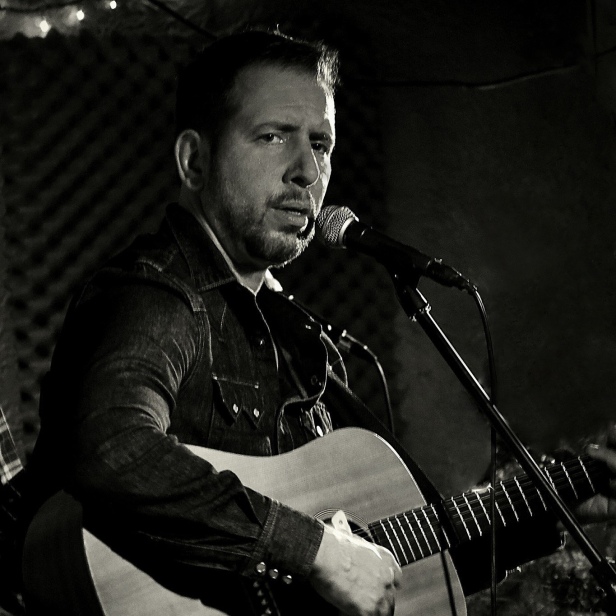 The first song of the album, “Splendors of this Earth“, a tribute to Abbey Lincoln, according to RJ Chesney, is amazing. Guitar riffs and pedal steel go perfectly together with RJ Chesney’s deep voice.

“Proud of you child“, with its excellent songwriting and its perfect use of pedal steel, is this kind of song that should play country radios concerned about the spread of good music. It’s undoubtedly my very favorite song of this album.

“Pull Down the Moon” is a catchy and old-style song, also very representative of country music genre.

“No reason left to stay” is beautiful, very traditional and perfectly written.

“Amateur Revolution“, the title track, is a catchy song about revolution of the spirit. RJ Chesney tells he chose the word “Amateur”, in reference to french word, from latin “Amator“, that means “lover“.

“A place just for me” and “Do you remember me?” are beautiful ballads, with a lot of pedal steel and excellent songwriting.

“Da Mayor is on the scene“, that includes amazing piano, pedal steel and fiddle, is another excellent song.

It’s very meaningful that a Norwegian artist appreciate country music enough to have decided such a collaboration with RJ Chesney. Scandinavia, and particularly Norway, is a part of Europe very interested in this genre and with enough understanding of English language to appreciate its wonderful songwriting. I wish there would have such an interest for country music in France!

Let’s give the last word to the Norwegian coproducer of the album, HP Gundersen: “There is still greatness to be discovered in country/folk music. RJ made me think about the greatness of such artists as John Prine, Kris Kristofferson, Johnny Cash and Hank Williams I feel RJ is a part of that proud tradition“. Hell yeah !